Well... of the poultry kind that is.
The kids where delighted when Wayne came rushing back from work one morning with a brand new stray rooster..! Yep... one he found out the back of his work that they had seen loitering around for a few days. So after a couple of unsuccessful catching episodes, they finally cornered it and nabbed it. (oh what fun..)

We actually have not had a rooster for over a year and its been kind of bliss..... So not knowing the temperament of this new addition...I was a little concerned!

But we were in luck. He has a gentle crow and voices his morning call at the appropriate times. He also looks after his Ladies very nicely... 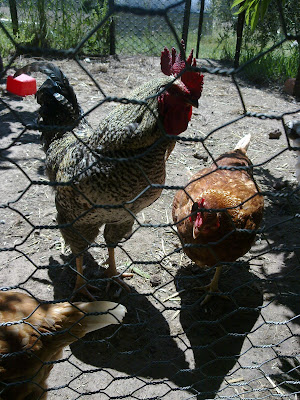 So If he was not of this nature, what would we have done?...Well maybe we would of given him some therapeutic Play-dough to help change his ways.....! 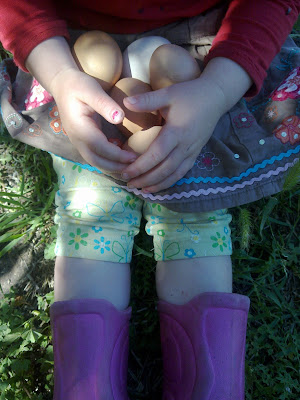