When a mother dies.

I know I shouldn't write this, it should be all left unsaid. But once I start a train of thought, I rarely let it go.

Today I went to a house. A little rambling farm house. It sits on the edge of a low valley that leads you to the entrance of two giant mountain ranges. You could drive straight by it really, except it has a sign about an artist studio, with flags out front, to capture your eye.

I am sorry. I shouldn't write this. But I will.

It once was a house of Grandparents. Ones that raised their two grandsons right there, in that house. They were very small toddlers when their mother died. The world is a horrible thing. I heard whispers of a car crash, a father that could not cope, a new step-mum who did not want them. They are just whispers of heartbreak...of course.

And I can tell you, its so fucking hard to have compassion for these grandsons. I know that sounds hard and harsh, not knowing the whole story.

But compassion. I still have, I am just built that way.

And thats where a story has two sides, always.

Which is unbelievably sad.

Their Grandfather was a quite, gentle man who was a well know painter. He passed away last year and now his house and studio has been flung wide open, to all. A little artist co-op has now opened up in that house.

Yes, the one I rode my bicycle past every day to school. The one, I would ride on the other side of the road past. I became a sleuth of avoiding trouble. A timed slow ride......scanning......then fast peddle with all my heart. To safety.....around the corner. homeward bound.

I don't want to write this, but I can't stop myself.

Its a lovely little art studio now. And today I got shown around the house, to every corner of it actually. The lady there was telling me all about the well known artist and I nodded and said..... fascinating.

I said..." actually did you know he raised his two grandsons in this house too?" She looked at me dumbfounded....


Mmmmmm. I thought, it does not really say that, in the lovely dedicated tile on that wall to a well known artist, who raised his own son, and then he raised his extremely troubled grandsons..... 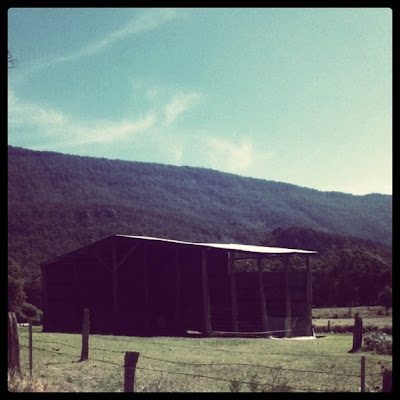